Found this eatery by chance while driving aimlessly with my sayang couple of weeks back. Went back for a second time yesterday with Eddie and David as both were hungry and David curious to know where is this YTF place I rave about.

Anyway, the first time I was there, I had the Ampang Yong Tau Foo and my sayang had the Dark Soya Mee.

The first thing that I could think of when I tasted mine was how unconventional it is unlike most YTF sold elsewhere. This one comes with a seasoning sauce that is spicy and tasty and not those sweet noodle sauce that I don't like at all.

The next thing that came to mind was how fresh the stuffs were. I have had many YTF before and this without a doubt is super fresh unlike the others where choosing the pieces is like a gamble. David agrees with me so I ain't lying.

The la mian was good too. Springy and a little hard, typical of home made noodles.

The Dark Soya Mee was not fried but rather marinated well. It's like Mee Hailam only tastier. Hard for me to describe but if you like dark soya stuff, this is a must try.

They still give those standard YTF sweet and chili sauce for dips. The soup that comes with it had soya beans in them. First time I've seen YTF soup like that but it's nice so who cares.

Second time we had fried yu tiao. Worth every penny. Not too oily and crispy. Mayo spread on top really complements. 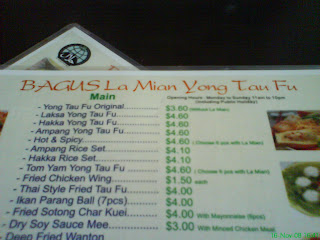 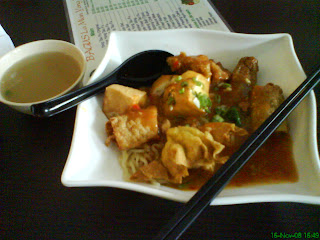 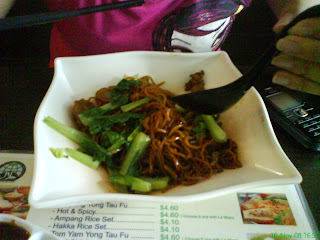 I like them too. You know who's the owner?