HDB has released information on the upoming Jan 2013 BTO.

For Ang Mo Kio BTO, it is near the confirmed future Mayflower MRT station of the Thomson Line

For Choa Chua Kang BTO, it is near the possible future Brickland MRT station of the North South Line. 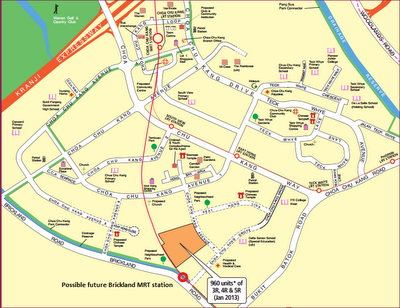 For example the Hougang BTO is near the riverside and facing the Punggol Park so some units will have good unblock views. It is actually on the fringes of Sengkang and very near the KPE.

Yishun BTO is also near Orchid Country Club therefore some units will have good unblocked views too.

Tampines BTO is far from most except for Tampines Ave 10 which makes getting to the PIE and TPE easier.

Kallang/Whampoa is not near any MRT stations as well. Both the NSL and NEL are just as far. However it may be attractive to those who prefer staying near town.