Following my previous article on Simpang New Town which touched on development of the said area, it now seems that the area is considered as Canberra part of Sembawang Town with the release of this new BTO information.

Two of the three parcels of land to be developed for the upcoming BTO is along the Sungei Simpang Kiri, which is actually just a big drain but with a park connector running along it, the 'longkang' feel is partially masked. 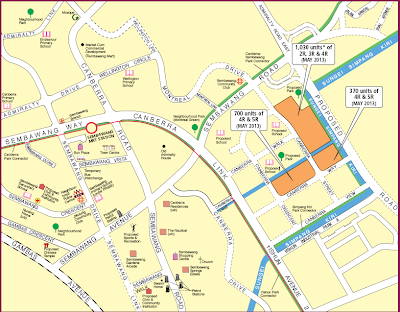 The good thing about this new development is that there will be a new Canberra Station (NS12) of the North-South line somewhere along Canberra Link so it is expected to be quite popular. 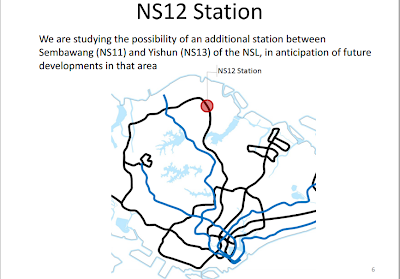 Connectivity in terms of road network for the area will also be vastly improved with the new "Proposed Road" to be linked to Yishun Ave 1 via Yishun Ave 6 to the south, allowing quicker access to the Seletar Aerospace Park in Seletar West Link and the future SLE/TPE/CTE interchange as per LTA plan to improve connectivity in the North.

To the north, the "Proposed Road" will be linked to Admiralty Road East which will end up right to the Causeway.

The new North South Expressway will also be along Gambas Avenue which can be accessed by Sembawang Avenue. The SLE towards BKE is also accessible by using Woodlands Ave 12. 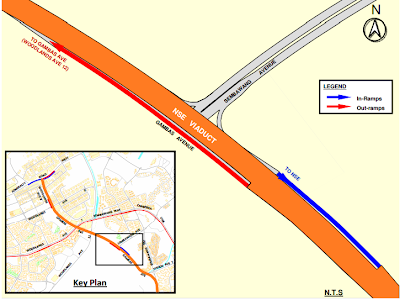